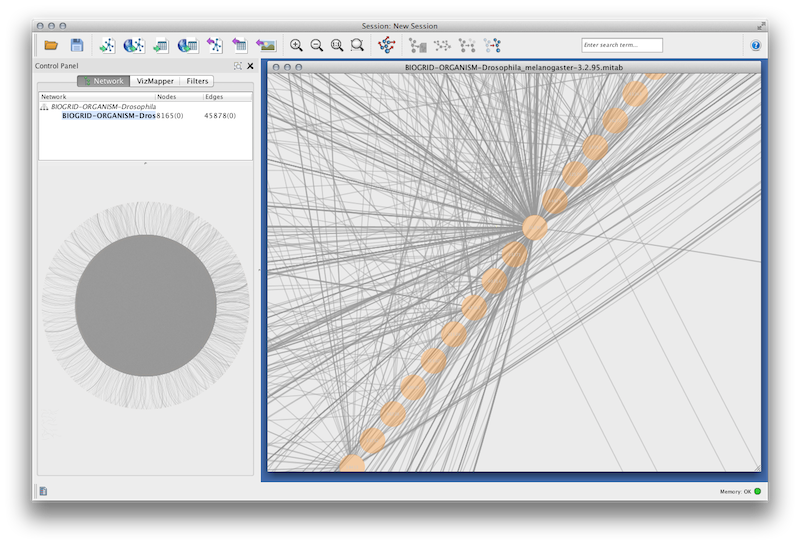 While Windows 8 is a 64 bit system, the Java.com web site installs a 32 bit JVM by default under the theory that it is important for the JVM to match Windows 8’s Internet Explorer browser (also 32 bit). For best results with Cytoscape, you should install the 64 bit JVM, available at this page.

For Linux, a simple way of installing the Oracle JVM is described here.

Mac and the Java Virtual Machine

There is a known issue with a recent Java update distributed by Apple -- it causes Cytoscape not to start up properly. This can occur even if you've installed the latest version of Oracle Java 7 as Cytoscape uses the Apple JVM. To find out if you have the problematic update, run the following command in a Terminal window:

If the output contains “xM4508”, you have the broken version. In that case, you will need to install the latest update from Apple according to your OS version:

You can run Cytoscape 3 on Java 6 or 7. However, there are several problems if you use OpenJDK. Please use Oracle JRE/JDK or Apple Java Virtual Machine.

Ubuntu 13.04 with Java 7 has known stability issues with Cytoscape 3.x - please use Java 6 or an earlier version of Ubuntu as a workaround.

On all platforms, all Cytoscape session files are now encoded in UTF-8 instead of the native language encoding. This makes session files portable between workstations in all locales. Users in Japan, Korea, and China are most affected – existing v3.0.0 or v2.x session files must be translated to UTF-8 using a platform-dependent editor (which most users are already using for this purpose). Users in Europe and the Americas are affected, too, if they use characters beyond the standard ANSI 128 – they can translate to UTF-8 using a platform-dependent editor (e.g., Notepad for Windows).