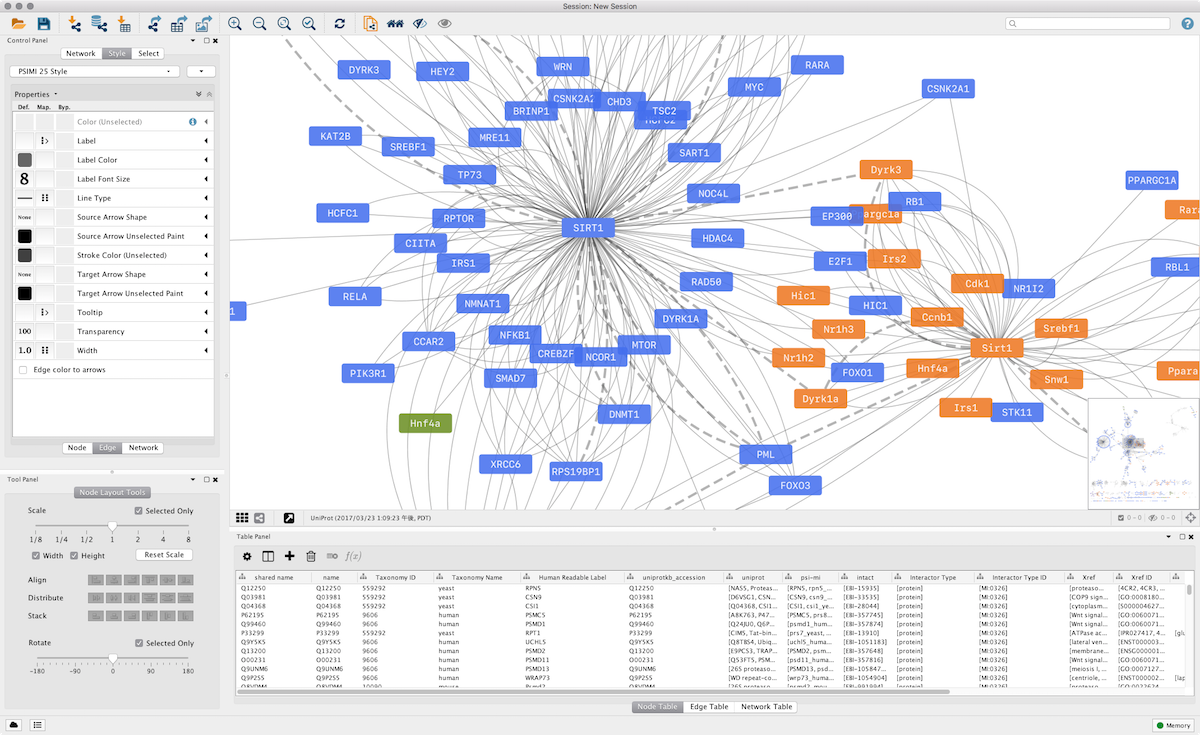 Cytoscape 3.5 is a Cytoscape Desktop version with updated user interface

ID mapping is a classic problem in bioinformatics. Now you don't have to use external tools to do the mapping. You can directly call the ID mapping service from the table browser. 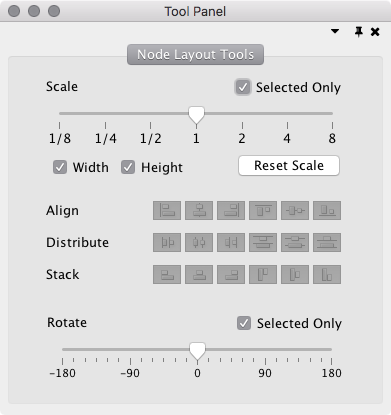 In 3.5, all of the manual node layout tools are consolidated into one panel for tweaking layouts.

When you export network views to images, you can specify DPI directry to create proper resolution bitmap images.

This feature is for App developers. To execute long running remote tasks, such as network analysis or layout using remote computing clusters, app developers can use this API to manage those tasks.

For grouped nodes rendered as compound nodes, you can apply CoSE algorithm for better result.

Table row deletion is much faster than the previous version.

While v3.5 continues to support 32 bit OSs, it no longer supports Java 6 or 7. We plan to support 32 bit OSs as long as we can, but will eventually drop this support. Desupporting Java 6 and 7 matches current industry practice, and allows us to focus our resources on more advanced feature development.

Not Supporting Java 9 Yet

We hope to support Java 9 in the next release of Cytoscape, which is now in the works. Please use Java 8, as described below.

Cytoscape 3.5.0 requires Java 8. You should install latest version of Java 8.