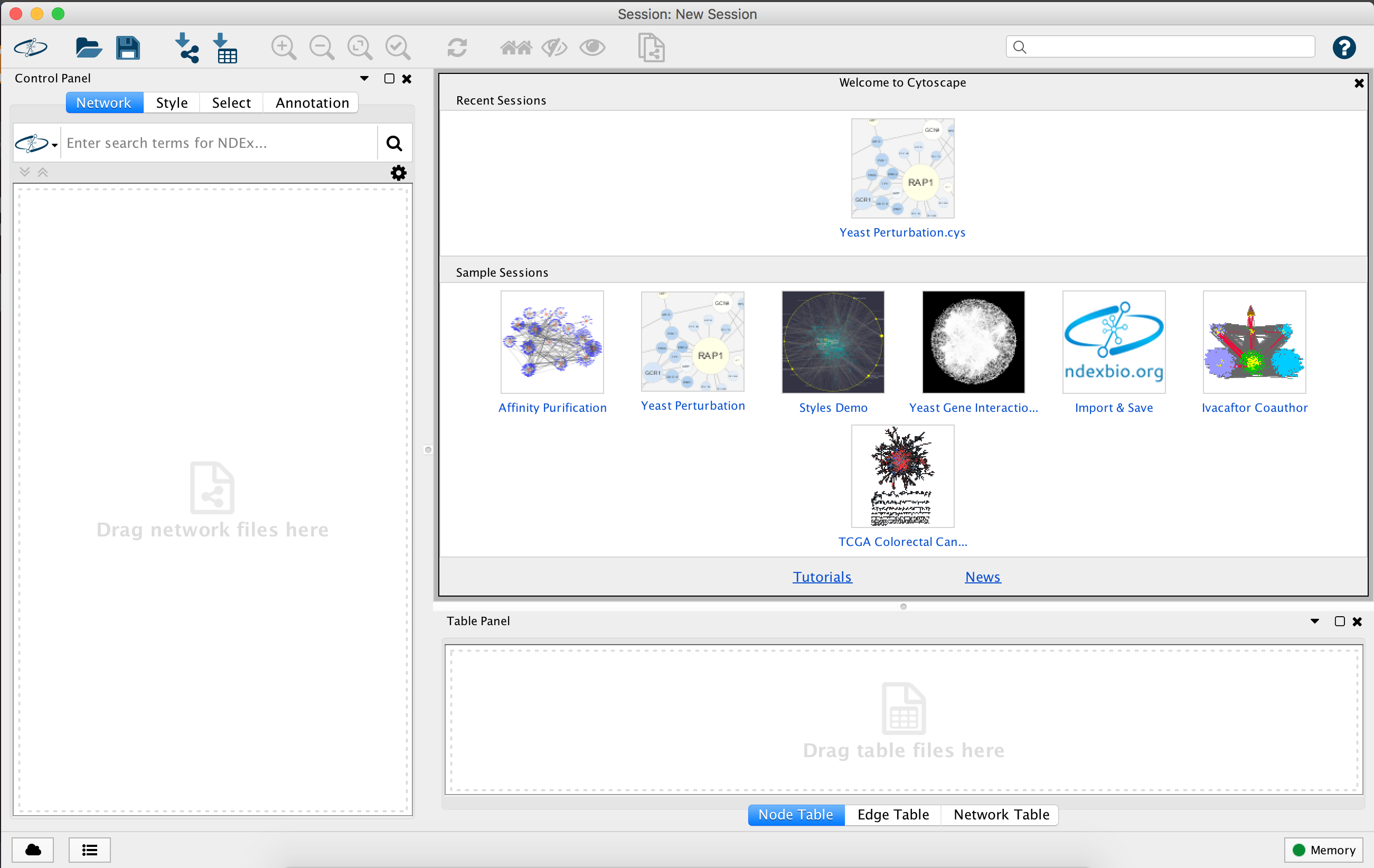 Cytoscape 3.7 is a Cytoscape Desktop version with updated user interface and automation features 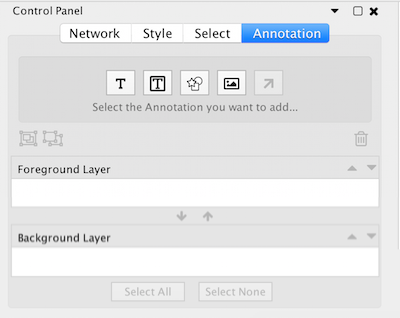 Annotations in the form of shapes, images or text can be added to the network canvas. Place annotations in front of or behind the network to create informative visualizations without leaving Cytoscape!

Choose a predefined palette from the Palette picker. These come from published recommendations for choosing colors in scientific and cartographic applications, such as BrewerColors. 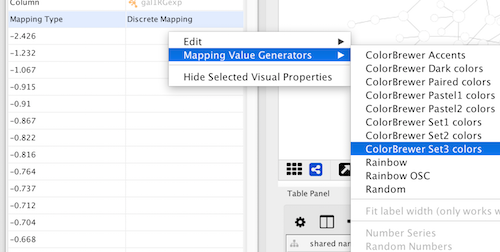 New and improved toggles for node, edge, and annotation selection, making it easy to maintain control over stacked network elements without having to shuffle them around.

Automating Cytoscape operations promotes reproducible science, scaling to large numbers of networks, and participation in larger and more complex workflows. As of 3.6, Cytoscape and various apps are callable as services by Python, R and Cytoscape Command scripts.

It is now possible to load networks from an NDEx database directly into Cytoscape (using the Network Search Bar) and to save them directly from Cytoscape (using standard menus). NDEx makes cloud-based sharing and collaboration easy. 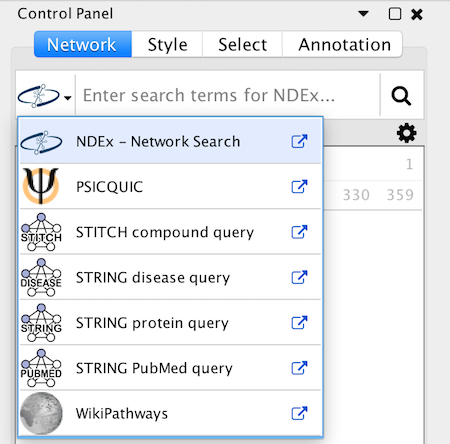 Toolbar buttons have illustrative tooltip GIFs to show the functionality of the button.

We will no longer be testing Cytoscape releases on 32 bit OSs.

For Windows and Mac users, the Cytoscape installer automatically downloads and installs Java 8 if it's not available on your workstation. For Linux, please use Java 8 as described below.

The Cytoscape installer does not run on non-root accounts using the default OpenJDK JVM. It works properly with Oracle Java 8 Update 151 or higher, or as root with OpenJDK. Alternatively, Cytoscape can be installed by downloading and unzipping the GZIP archive found via the Other Platforms link on the Download page.